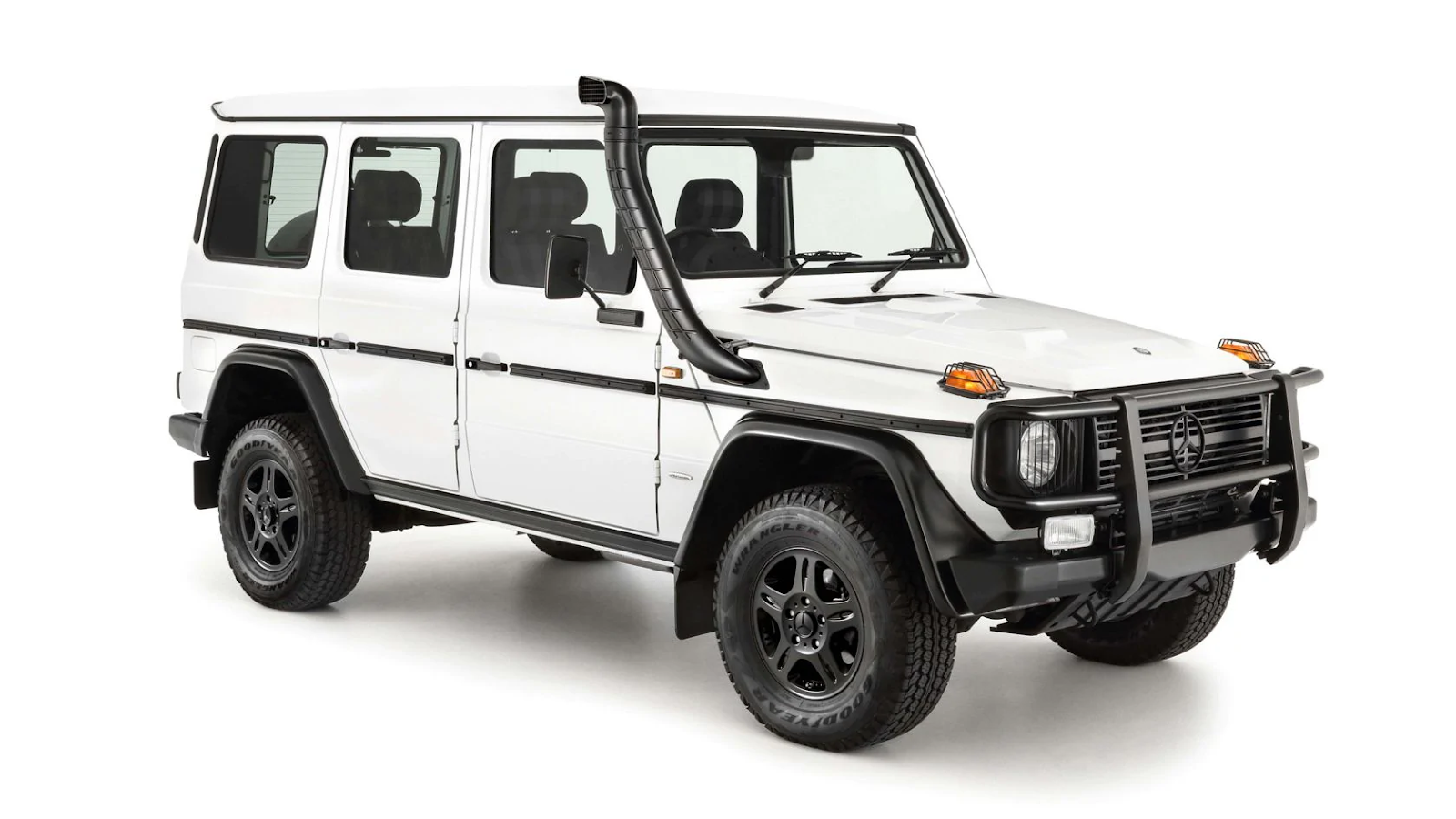 If we’re being realistic, overlanders might be asking for too much from their vehicles. We demand something that can cross technical terrain with ease, yet do so with a massive roof load from the obligatory roof tent, roof rack, and accessories. We demand a large cargo payload, but want something with compliant suspension that soaks up corrugations. It’s incredibly important to state very clearly that you can drive around the world in absolutely anything; a London taxi, a Citroen 2CV, and an Earthroamer will all open the door to a world of new experiences. The overlander’s vehicle is juxtaposed from the very beginning, and there are few vehicles in near-stock form that can tick the boxes. We call these vehicles pinnacle overlanders, and they are the most-desirable vehicles on offer for overlanding.

A pinnacle overland machine does not give care to price, it does not worry about stereotype—it worries about absolute function and purpose for international vehicle travel. Let’s use the Mercedes G-Class for example, while they are most-frequently seen as a status symbol in hippity-hop circles and can cost as much as a nice home, underneath they are the same-exact commercial vehicle currently used by dozens of militaries around the world. Mercedes’ international parts network is also second-to-none, even beating Toyota who typically use region-specific driveline packages.

These vehicles are not being chosen solely on their cost or their technical prowess, they are being chosen on their suitability for long-distance vehicle-based travel. We’re prioritizing things like payload capacity, serviceability, and international parts-availability over horsepower, trick-suspension, and luxury items (though some of the vehicles have both!). It is possible to buy a pinnacle overland vehicle for $5,000—or $150,000, though we are only focusing on best-of-breed vehicles that are exceptional in their use as an overland vehicle.

What disqualifies a vehicle from being a pinnacle overlander?

A pinnacle overland vehicle must be aspirational, and must be able to operate in adverse conditions away from its country of origin for extended periods of time. It also needs to have been produced (roughly) within the last decade, and must be sold worldwide to ensure the availability of spare parts.

The Toyota Tacoma makes a fantastic choice for an overland vehicle, and there is a reason so many in America have chosen it, however it is sold exclusively in North America. What do you do when you catastrophically break a windshield, or experience engine failure while you’re on the Silk Road? Additionally, we are not discrediting older vehicles, it is just an honest observation that those setting out to explore the world for an extended period of time should not do so with a pair of previously worn-out shoes.

You’ve likely been brainwashed that diesel is the only option for extended international overland travel, and if we were referring to Toyota’s venerable 1HZ diesel engine, that still remains true. However for most diesel vehicles sold in the United States, Canada, and the European Union, their technological advancement (and the massive gains in power and efficiency that came with it) was a kiss-of-death.

Every diesel vehicle sold in America since 2006 now requires ultra low sulfur diesel (ULSD) and everything sold new today requires diesel exhaust fluid (DEF). While this is great for the air we breathe, it means that these vehicles will require very specific considerations when taken abroad for even short trips—ULSD becomes scarce the moment you cross the Mexican border.

It is because of this that a lot of otherwise fantastic machines are absent from this list—or only present in their gasoline (petrol) powered forms.

North America’s Pinnacle Overlander is the AEV Brute? (a bit of foreshadowing about the Gladiator from 2014)
https://expeditionportal.com/the-ultimate-overlander-north-americas-pinnacle-4wd/