Overland Journal is a perfect-bound magazine printed on high-quality stock, published five times per year. From a premier-issue length of 96 pages, we have increased to the current 136 pages. Our 30% advertising content cap is well below the national average and ensures ample editorial space for in-depth coverage of equipment and vehicles, as well as full-length feature trip stories that span the globe. Our strict standards for writing and photography, in addition to our striking layout, means that our subscribers receive an expedition and adventure travel magazine that is at once inspiring, informative, and attractive. Our extremely high readership satisfaction level allows us to offer an unconditional guarantee. 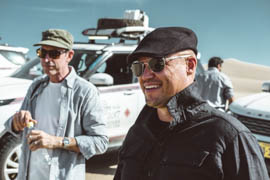 Scott is an adventure driver and consultant who has worked on various specialty-vehicle projects for auto manufacturers, aftermarket companies, and television producers such as Top Gear. He is a passionate photographer and writer with international credits, the only American to have won the esteemed Outback Challenge, Morocco, and a Tread Lightly Master Trainer. Business ventures during the past decade include the Overland Society, Expeditions West, Expedition Portal, and Overland Journal. He has traveled through over 60 countries and across every continent. His most current project, Expeditions 7, is a round-the-world overland odyssey in two 78 Series Toyota Land Cruisers. After reaching the end of the road, he enjoys canyoneering, climbing, and mountain biking. Scott lives in Prescott, Arizona. Keep up with Scott and all of his adventures by following him on Twitter @scott_brady or Instagram @scott.a.brady. 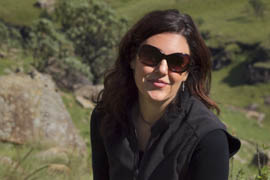 “Just because you don’t know how to do something is not a reason not to do it.” This became Stephanie's motto after starting Overland Journal with Scott Brady. She designed the first magazine without any training, design experience, or having ever worked on a Mac or in the Adobe Creative Suite. Tenacious, hard-working, detail oriented and creative, she is a combination of the vision, strength, and fortitude that is the backbone of all we strive for at Overland International. She loves Range Rovers, contemporary architecture, Caramel Macchiatos, Apache helicopters, and her Alaskan malamute, Atlas. She enjoys travel and is as comfortable behind the wheel in a remote location as she is behind her iMac design station. 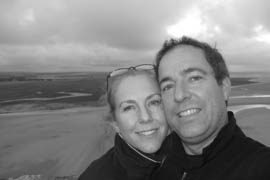 Having left his hometown in Canada at age 16 to pursue his education, Christian quickly developed a passion for traveling and has recently reached his 100th visited country. Among many adventures, an extended journey through Africa took him and his trusty Land Cruiser from Cape Town to London. With a background in finance, engineering, and IT, Christian joined Overland Journal as a partner and CTO in 2009. Fluent in French, English, and Spanish, he brings a complementary vision to the company. His recent works include bolstering social media outlets such as Flipboard and Instagram. 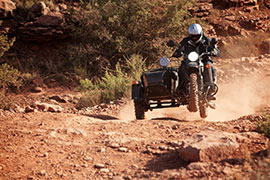 A Chicago native, Brian has lived throughout the United States and Caribbean while traveling as much as possible. An accomplished racing and ocean sailor Brian is equally comfortable traversing large expanses of remote land in search of adventure. He has spent the last 17 years involved in the outdoor industry with magazines, newspapers, web, television, and ad agencies. 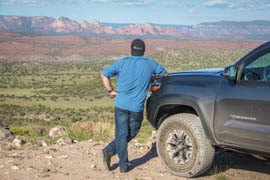 Proudly hailing from the province of Ontario, Canada, and raised on the sunny coast of Southern California, Andre, the Adventure Accountant, migrated to lovely Prescott, Arizona, in search of all the adventure the Southwest has to offer. He found fellow adventurers in the awesome staff of Overland Journal and Expedition Portal and has also had the pleasure of working with the Adventure Trailers crew. His vivacious, patient, and tolerant wife of 30 years, Cathy, and his two daughters, Adriana and Maranda, have embraced the overland lifestyle. As a family, they have explored several of the nation’s gorgeous national parks and countless backroads during their travels. In his free time, Andre enjoys working on his Toyota Tacoma, thinking up ideas for future tattoos, chasing his spirited rascal of a cat, Ralphie, and planning his next adventure. 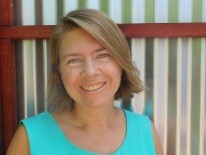 A steadfast believer in the power of words, Tena can usually be found with her eyes turned toward some source of written knowledge, be it for pleasure (seeking details on her next adventure), sustenance (recipe or menu), or just because. Recognizing the value of spoken word as well (unless it is coming from her GPS, in which case, she is perfectly capable of getting lost on her own), Tena finds there is no substitute for confabulation. Refuge from the monotony of the everyday is found by immersing herself in her surroundings, whether in an exotic locale or her own backyard. Disconnecting from technology is one of Tena’s favorite things, and seeking solace in the great outdoors is a cure well taken. 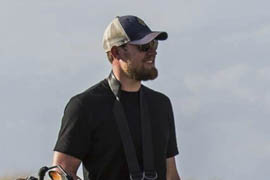 Born and raised in Dallas, Texas, Chris didn’t receive a real taste of the outdoors until moving to Prescott, Arizona, in 2009. While working on his business degree, he learned to fly and spent his weekends exploring the Arizona desert and high country. It was there that he fell in love with backcountry travel and four-wheel drive vehicles, eventually leading him to Overland Journal and Expedition Portal. 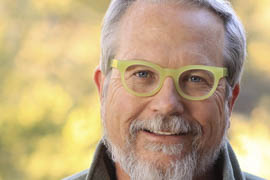 Bruce Dorn, DGA, is a photographer, cinematographer, and director currently based in Prescott, Arizona. His work in advertising and editorial has earned him multiple Clio, Mobius, ADDY, and Art Directors Club awards, and a Bronze Lion from the Cannes Lions International Festival of Creativity. Bruce is a Canon Explorer of Light, an ARRI Ambassador, a SanDisk Extreme Pro, a Western Digital Creative Master, a Tiffen Imagemaker, and a Corel Painter Master. Bruce was inducted into the Directors Guild of America (DGA) in 1984. Some say he’s also a pretty fungi. 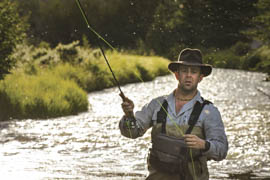 Jon S. Solberg, MD, FAWM, FACEP, is a board-certified, U.S. Army-trained, emergency medicine physician and wilderness medicine consultant. In addition to sustaining a busy civilian medical practice, he has worked in Cameroon and been deployed to a combat zone in southern Afghanistan. Currently, he’s continuing his education at the University of Utah and has nearly completed a Diploma in Mountain Medicine. When not working, he enjoys exploring the backcountry in his Power Wagon with his wife, Agnieszka, and their three children. He’s an accomplished scuba diver, a reasonable mechanic, an instrument-rated pilot, and has been declared a Fellow in the American College of Emergency Physicians and the Academy of Wilderness Medicine. 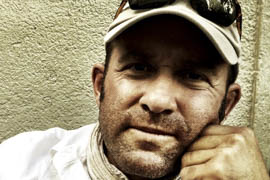 For Bryon, overland travel is often vocational necessity rather than a purely adventurous pursuit. To accomplish field research for a PhD in archaeology, he frequently rode a gear-laden BMW R100GS/PD roundtrip from Scotland to Croatia. He then worked as a contract archaeologist, taught field survey and excavation, and collaborated with the Department of Pre-and Protohistory, University of Zürich, before starting a consulting company. Work has led him to the Middle East, South Pacific, Americas, Africa, and Europe. Bryon is a photographer, scuba instructor, pilot, wilderness EMT, and certified public safety off-pavement vehicle operations instructor. He also conducts specialized safety courses for workforce members deployed to adverse locations, is on a search and rescue team, and serves in a law enforcement diving unit. 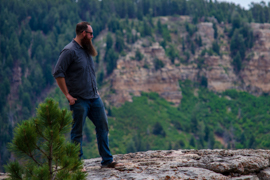 Growing up on a used car lot in Prescott, Arizona, Chris Ramm developed a passion for automobiles at a very early age. While most children had treehouses, he played in a 1960 Ford Sunliner convertible which quickly became his first project car. As soon as he received his driver’s license, Chris frequently found himself driving across state lines for something as small as an ice cream cone or slice of pizza. When he bought his first 4WD vehicle, a 1998 Jeep Cherokee, he started exploring the numerous trails in the Southwest and hasn’t stopped yet. When you can’t reach Chris by phone, it is safe to assume he is out in the forest finding new trees to hang a hammock between.