Show Notes for Podcast Episode #8 :: Are Electric Vehicles the Future of Overlanding?

SUMMARY
We explore the innovation and rapid rise of electric SUVs and trucks that are suitable for overland travel. The discussion includes the new Tesla Cybertruck, the Rivian, Bollinger, and others. 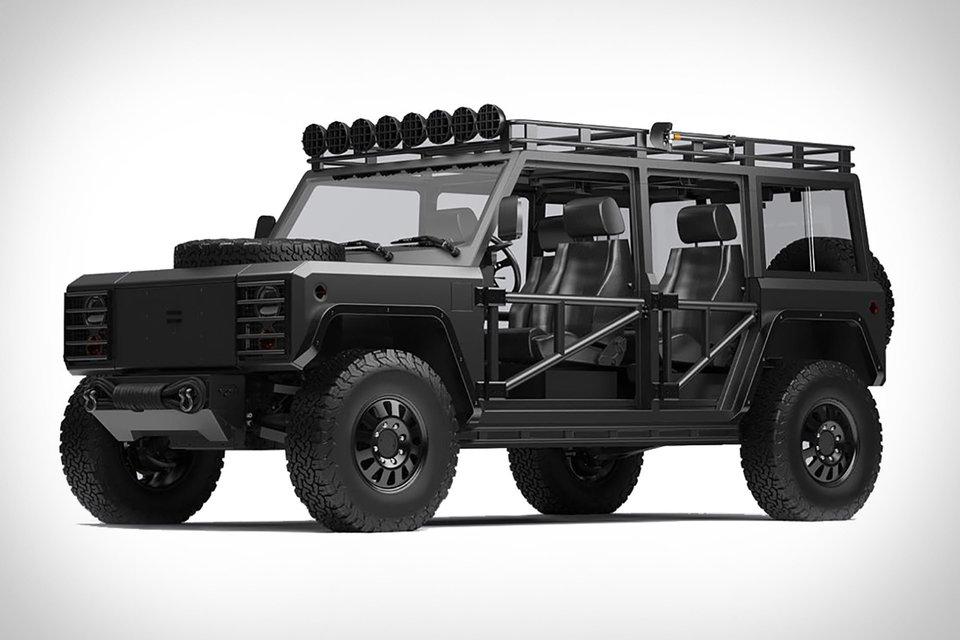 There is no question that electric vehicles are here to stay, and despite our love for hydrocarbons the popularity of EVs is exploding, and more quickly than most imagined. Car companies that are slow to respond are already suffering, as demonstrated by the recent ousting of BMW’s CEO. It is also easy to dismiss electric 4WDs for overland travel, but even those limitations have been, or will be overcome (excluding extreme remote distances and polar travel), and the reality is that most vehicle-based travel still allows for charging within existing infrastructures. What is also encouraging is the general excitement from the manufacturers about overlanding, with Rivian attending the Overland Expo and positioning their vehicle in the overland area at the Outdoor Retailer Show. Bollinger has recognized our segment since the beginning, and their latest renderings reinforce that with the Bollinger Overland Concept shown here. And not to be left out, Tesla has launched their Cybertruck, complete with its own camping module. 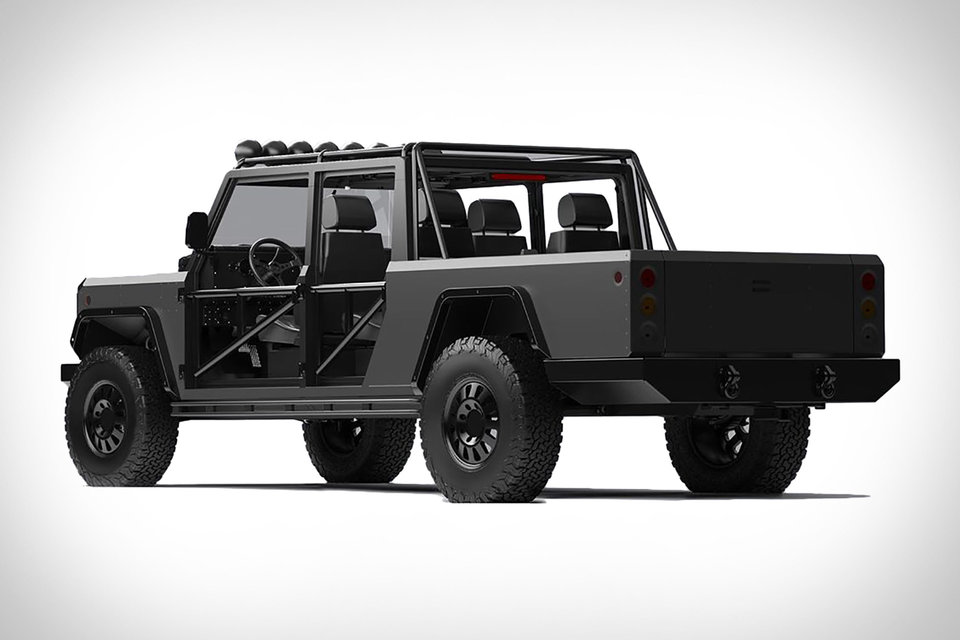 There are a few key features of the Bollinger concepts worth noting, including the attention towards trail protection with metal front and rear bumpers, and full-length rocker panel sliders. The tire diameter has also increased over earlier prototypes to a 35 inch tire (with a taller sidewall allowed by a 17 inch wheel). The SUV concept includes two spare tires, a removable hardtop, a full-length roof rack, rear winch, HD recovery points, and what can only be assumed to be yellow water cans (grin). The sliding rear windows is a nice touch.

The specifications also speak to a real opportunity for hauling necessary equipment with a 5,000 pound payload, which is more that the combined payload of FOUR Toyota Tacomas. Storage is massive at 113 cubic feet, plus an additional 14 cubic feet under the bonnet. On the trail, there is 668 ft-lb of torque available immediately as the tires start to rotate, and 15 inches of ground clearance. That ground clearance can be increased to 20 inches with the available air suspension. This vehicle is clearly designed by enthusiasts. Bollingermotors.com 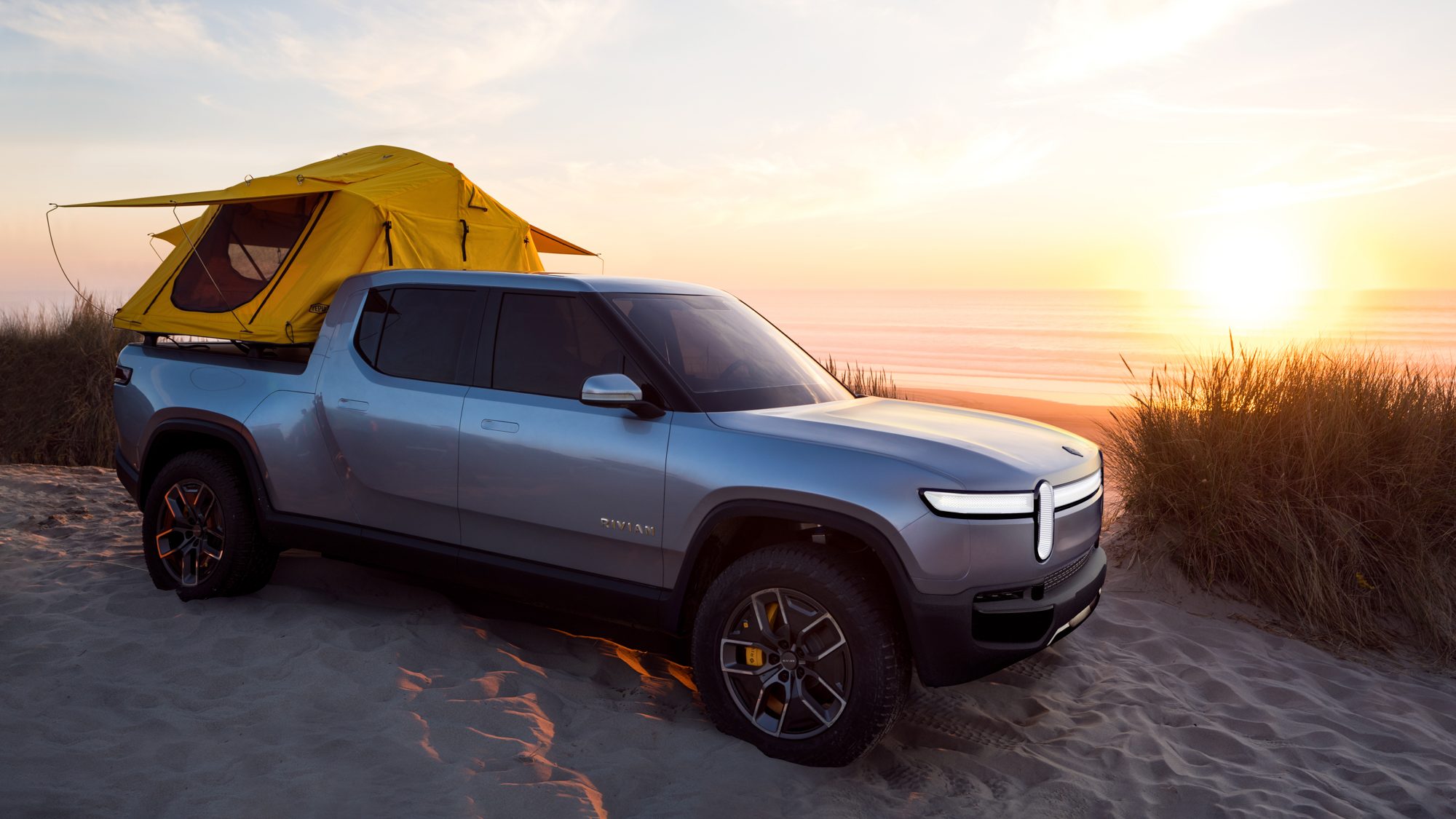 It seems like ages ago that electric vehicles were just some crazy idea only relevant in the far future. They were novelties, toys for the super rich or environmentalists with very small commutes, yet here we are with companies like Tesla bringing them into the mainstream. The once quirky and difficult to use cars are now sleek, sexy, and easy to drive on a daily basis, yet for many of us they still have one major problem: they’re not really designed for adventures. If you want to carry a dirt bike, tackle some forest roads to reach a trail, or cruise through some soft-sand to go beach camping there just isn’t a legitimate electric option out there. Or, at least there wasn’t, until Rivian unveiled their R1 platforms, and quite frankly blew our minds. 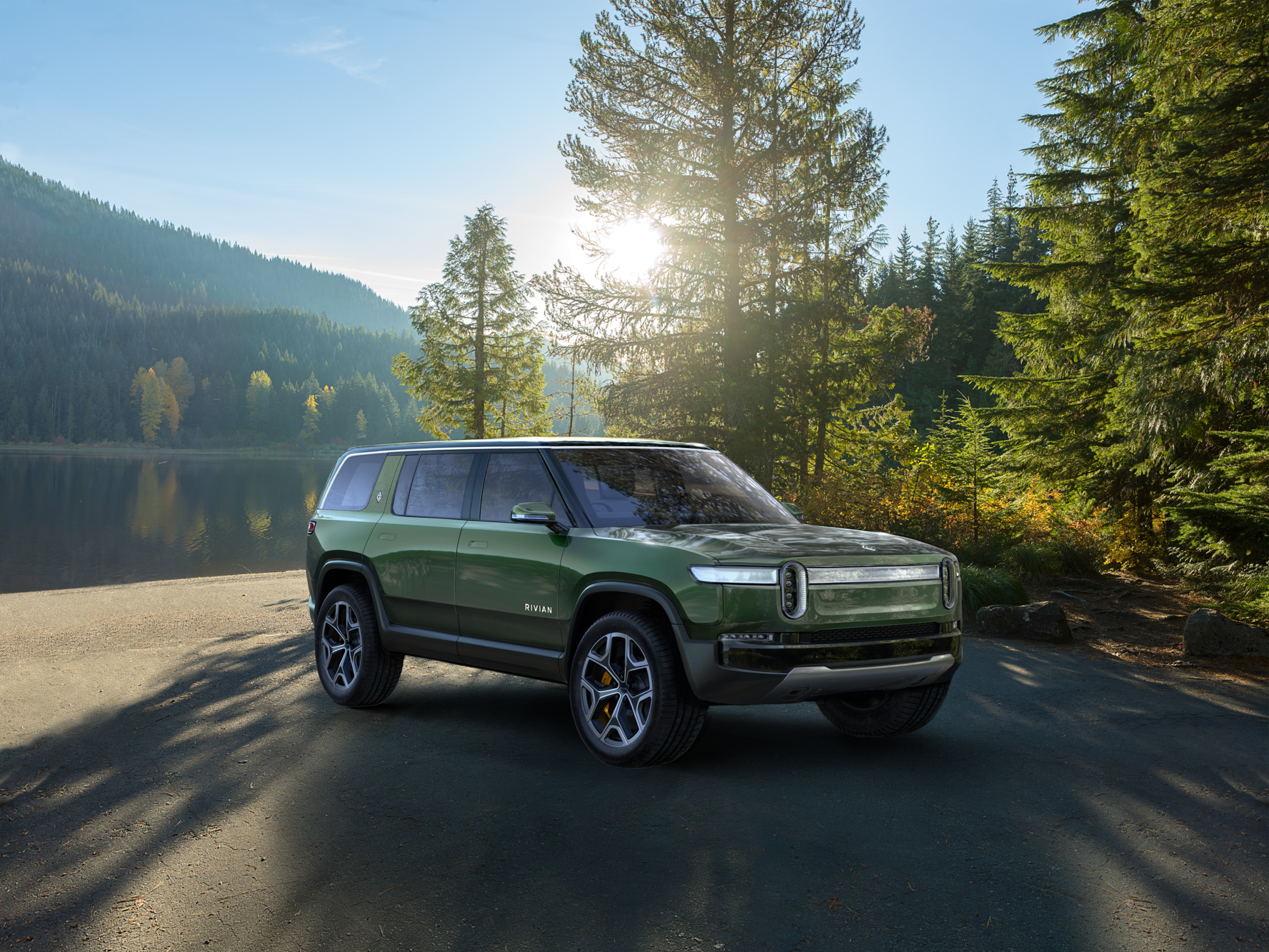 The truck variant, dubbed the R1T, was the first to be revealed. It is fully electric and can carry five passengers for up to a 400-mile-total range, while the R1S (SUV) will carry seven passengers and has a maximum range of 410 miles! That’s some serious distance for trips, and puts actual off-road travel on the radar for many parts of the country with existing charging stations. But it’s not just about range, these trucks have some real technology behind them for tackling tough terrain as well.

Take the “AWD” system for example. It uses four independent electric motors to power the wheels, which means that in low traction scenarios it can turn each wheel independently with the precise amount of torque needed to move the truck. Think of it like a better version of lockers, where instead of forcing the wheels to turn at one rate you can take it one step further by putting the power only where it needs to go. 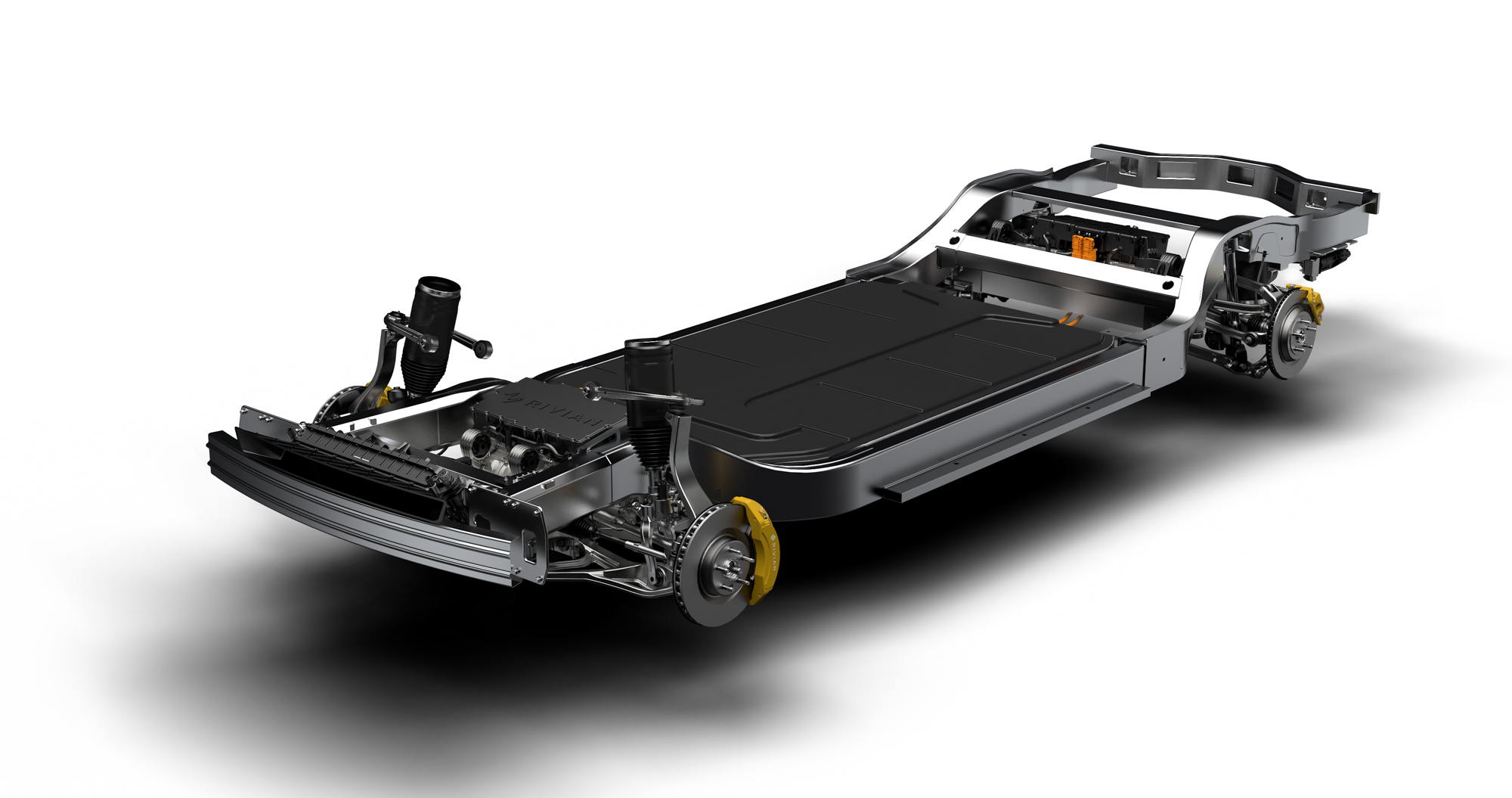 While we don’t know the full details of the suspension, we can tell you it’s a double wishbone setup in the front with a multi-link in the rear. It will also feature adjustable air-ride for control of height and comfort needs on and off road, along with dynamic roll control and adaptive dampers for changing terrains. Total ground clearance on the “off-road” R1T is an impressive 14.7,” with approach, breakover, and departure coming in at 34, 26, and 30 degrees respectively. The SUV will boast just 5 millimeters more ground clearance, but with a 121-inch wheel base instead of the truck’s 135 inches, it improves the breakover by 3 degrees to a total of 29 degrees.

Host Bios:
Scott Brady
Scott is the publisher and co-founder of Expedition Portal and Overland Journal, and is often credited with popularizing overlanding in North America. His travels by 4WD and adventure motorcycle span all seven continents and include three circumnavigations of the globe. His polar travels include two vehicle crossings of Antarctica and the first long-axis crossing of Greenland. @globaloverland

Matthew Scott
Matthew is a leading expert in automotive adventure. He has extensively explored the world's most-remote places by 4WD, and is considered an industry authority on overland travel. Matt is the only American to ever become an editor of a major Australian 4WD publication, and has over 15 years of competitive auto racing experience. @mattexplore