This podcast is supported in part by:
Red Oxx Bags
iKamper 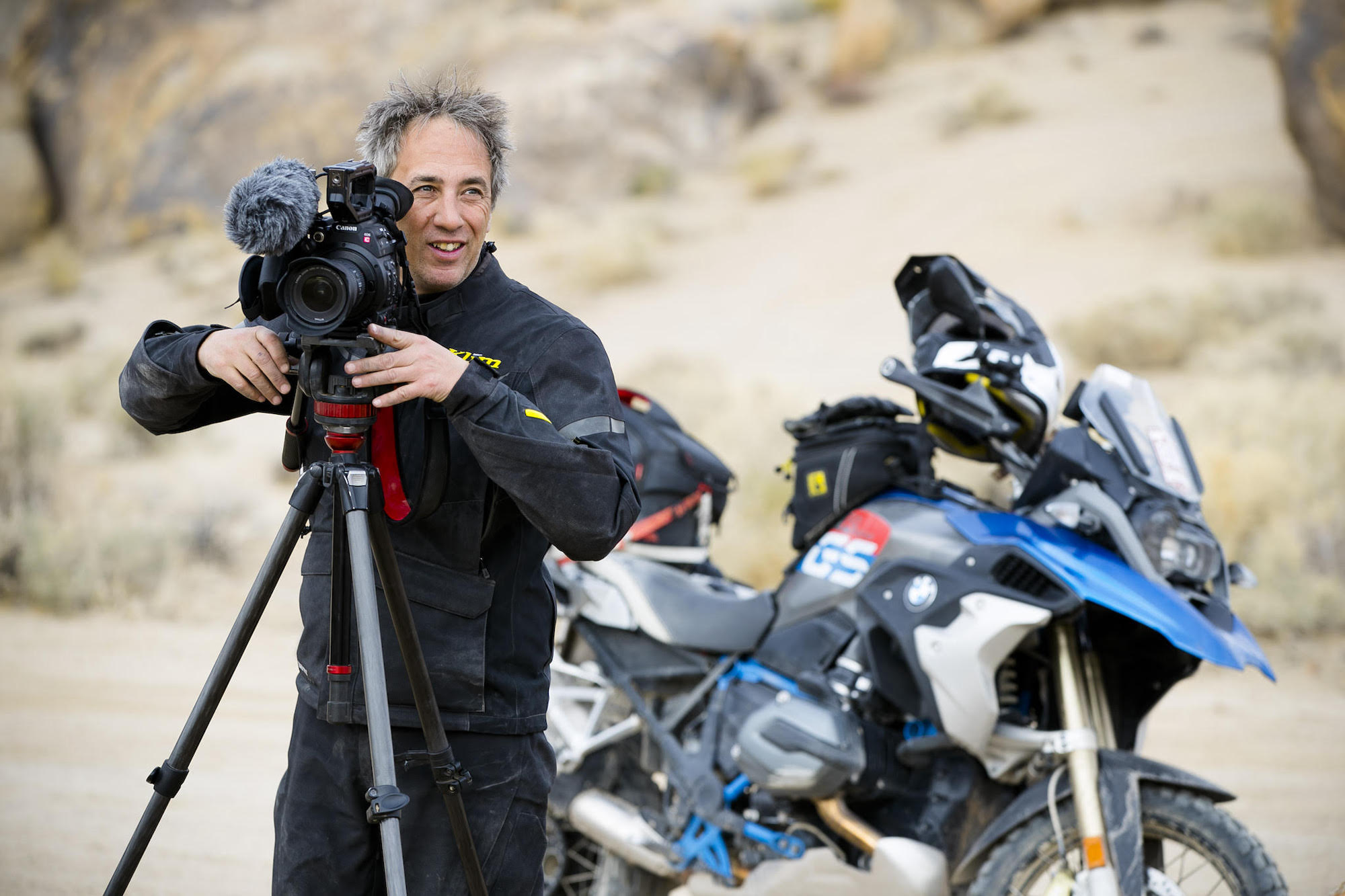 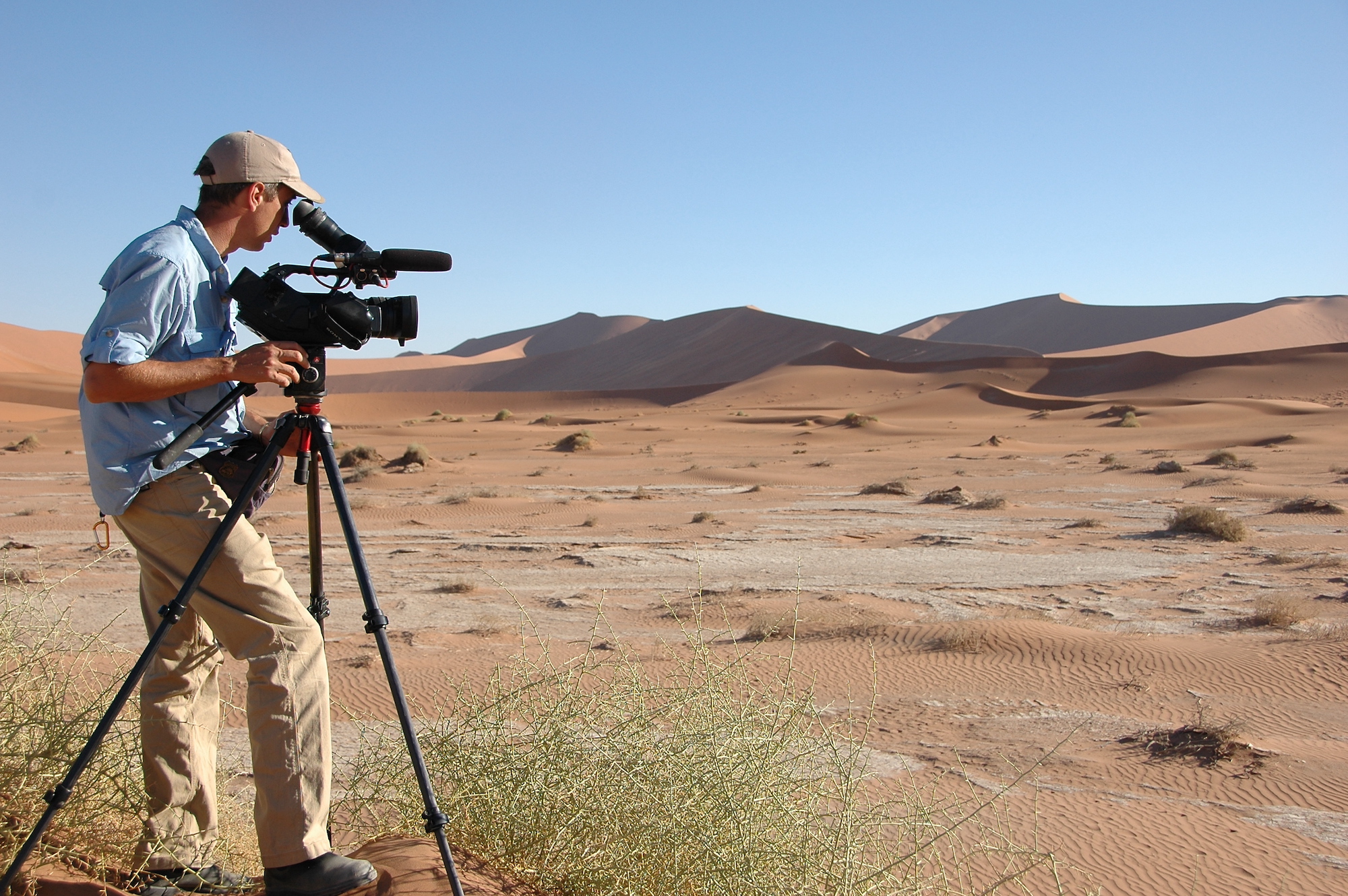 Guest Bio:
Sterling Noren
I film motorcycle expeditions around the world and in the remote backcountry of the United States. I ride my own motorcycle, carry all of my own gear and shoot, direct and edit all of my films by myself. The list of award-winning feature length motorcycle films I have created is unparalleled in the industry.

My Background:
I grew up on a blueberry farm in West Michigan, raised by a hard working mother and a younger brother as my companion. I loved to ride a small motorcycle through the woods and would often fill a knapsack with food and take off for the whole afternoon. I stopped motorcycling in 1984 when I picked up a VHS camcorder for the first time and began making videos for my the local public access television station.

After high school I attended Grand Valley State University in Grand Rapids, Michigan. My college years were a blend of punk rock music, outdoor adventure and video production. In the summer of 1988 when I was 20 years old I drove an old army pickup truck to Alaska and Mexico on an 11,000 mile journey. This was my first overland adventure, although we didn’t call it “overlanding” at that time. I produced my first documentary in 1990. It was a film about the lighthouses of the Great Lakes region. It was broadcast on all seven public television stations in Michigan - a real feather in the cap of a 22 year old filmmaker. I received a B.S. in Film & Video Communications in 1990.

I began my professional career working as a video cameraman and editor for a small production facility located in the basement of a dairy farm in rural West Michigan. For the next two years, I filmed and edited weddings and fishing shows before setting my sights on something higher. In 1993 I headed out west on a climbing trip and eventually  ended up in Seattle, Washington where I was a complete stranger and didn’t have any contacts in the film industry (but the rock climbing was awesome).

After several months looking for work, I landed a job at Microsoft Corporation at the dawn of the internet age. It was a perfect opportunity to grow my skills and learn about the new digital technologies that were rapidly evolving. For the next four years I produced videos for the growing software company, and even did a live-stream video event from the jungles of Costa Rica in 1997.

After working in the corporate and tech industry, I wanted to redefine my filmmaking career to include more travel and documentary production. I set my sights on making a documentary about motorcycling but I needed an angle. I saw a slideshow called “10 Years on 2 Wheels” about a motorcycle photographer’s journey around the world. I was hooked… and had my angle: I would become an adventure motorcycle filmmaker. I produced my first motorcycling film, a biography about GlobeRiders founder Helge Pedersen in 1998. The film was broadcast on the local PBS station in Seattle.

For the next two years I worked as a freelance video producer/editor for companies in Seattle until I accepted a position as Lead Video Programmer for Royal Caribbean Cruise Line in 2001. It was an opportunity to live and work at sea, running a multi-million dollar broadcast studio on board the largest cruise ship in the world at that time. Personally, it was a time of travel, adventure and continuing to improve my skills as a filmmaker.

In 2002 I returned to Seattle because of an opportunity to film a motorcycle trip across Asia with GlobeRiders.  After successfully filming the 11,000 mile expedition from Shanghai to Munich, I began working full-time as a documentary producer/editor for Bennett-Watt HD Productions in Issaquah, WA. Over the course of the next five years, I co-produced and edited more than 70 feature length broadcast documentaries including “Discoveries… America”,  a series of one-hour documentaries about every state in the U.S.A.

During this time I learned a lot about running small independent documentary production company and I began producing motorcycle travel documentaries and instructional DVDs with GlobeRiders. From 2001 - 2010 I filmed several long distance motorcycle expeditions around the word on five continents. These expeditions ranged in length from 37 days & 7,000 miles to 71 days & 12,000 miles. The films were sold to television networks around the world and distributed on DVD.

In 2007 I founded Noren Films LLC with a desire to become a completely independent production entity with a focus on producing motorcycle travel and adventure content. I produced videos for companies including GlobeRiders, BMW Motorcycles, Touratech-USA and Rawhyde Adventures and my company quickly became a respected name in the ADV community.

In 2009 I created my first solo motorcycle travel documentary “Beyond the Border - Riding Solo in Mexico” which lead to a further non-motorcycling documentary about the legendary ultra marathon runner Micah True in the Copper Canyons of Mexico. This film “Run Free - The True Story of Caballo Blanco” is a 90-minute documentary based on the story in the New York Times best-selling book “Born to Run” by Christopher McDougall. The film has won many awards at film festivals around the world and remains my largest, most successful single work to date.

In 2010 I co-founded Backcountry Discovery Routes - a non-profit organization dedicated to creating and preserving off-road motorcycle riding opportunities in the United States. I have produced a new BDR movie every year since 2010 and continue to remain the official BDR filmmaker to this day.

I currently spend a lot of time producing content for my YouTube channel which has become popular with over 35,000 subscribers to date. I live southern Arizona with my girlfriend Eva Rupert (from the Discovery Channel television series “Naked & Afraid”) and our four dogs. We own and operate the Jonquil Motel, a vintage motel on history Highway 80 in Bisbee, Arizona.